Sometimes The Little Things Do Matter 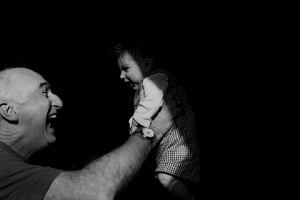 that we should limit our personal energy to the things in life that truly matter. For those

easily excitable, that is both sound advice and essential to sanity! This post is about

than it might appear at face value, significance that deserves our personal attention and

action. This is a post about leadership, and about the little things that do matter. It is

based on a true story, an event that happened in the workplace a number of years ago that

still resonates with me and with the teams and people that I mentor and support.

I was the leader of a small team working for a large defense contractor. Our primary

customers were the men and women of the Army, Navy, Air Force, and Marines. Our

job plain and simple was to give them unprecedented overmatch against any adversary, to

give them a fighting chance to come back to their loved ones. Getting it right is about

having, and enforcing, the highest standards in everything we do. It represents the shared

counterparts, it is a team, and it is an almost sacred bond that unites our work.

As a part of my team’s responsibilities, we built and maintained a strategic planning

investments and program status. Customer visits to our factory were a daily occurrence

and they often included a stop at the War Room. The room was located in the back

section of our main building, so after the routine office calls with senior leaders, it was a

simple walk down the main hallway to get to the planning center. The War Room was

also conveniently located just a few feet from the restroom. Since I spent a considerable

amount of time in the War Room, I was a frequent visitor to the facilities, and almost

I was disappointed to see used paper towels crumpled up and thrown on the floor. It

became my routine practice to stop on the way out of the facilities, pick up the paper and

put them in the trash where they belonged.

One day, I was sharing this story with one of my young, talented team mates, and I used

every day for us to demonstrate what we believe by what we do, not by what we say.

Leadership talk is cheap, and frankly, it means nothing unless it is backed by action. We

talked about how even in seemingly insignificant things like paper towels on the floor,

we define our character and our standards by what we do. That is especially true when

we think no one is watching. Even though I did not create the situation, I saw it and had

to do something about it. Had I simply walked away as so many others had already done,

then the problem, in effect, became mine. I wondered how many times others saw what I

believed that it was the janitorial staff’s job to clean up after us. Leadership does not

allow either of those excuses. Walking the talk means that anytime we are confronted

with a leadership opportunity, we act on it because we must.

Besides the personal motivation to do the right thing, I also explained that our customers

form their opinion of our company and our standards by what they see during those visits,

and that everything matters including how well we maintain our facilities. As a former

customer myself, I reflected on how military leaders are trained to observe things, both

large and small, and to draw broader conclusions based on those observations. Show me

problems. The higher rank a person attains in the military, the more honed those

discernment skills are. Hence, any senior visitor to our company who used that restroom

standards, and might even extend that concern to the work we do on the programs we

support. It represented a preventable and unnecessary risk to that special relationship I

described above. It is a small thing with potentially larger consequence, and so it was

worth my time as a mentor to talk about it.

At the time, I was pretty sure that my colleague thought I was taking this leadership thing

a little too seriously, but he humored me. The very next day, he visited that rest room

and just as I described, there were paper towels on the floor. He started to walk away,

but then thought better about it so he picked up the trash and threw it away. Just as he

opened the door, two very senior (06-07 level) Navy visitors walked in. I could not have

asked for a more visceral example of that leadership lesson. Years later, he was still

telling that story and the impact that it had on him. Sometimes the little things do matter,

and it is an important skill for leaders at all levels to discern when they do, and to act on

Mentor Intelligence™ and enhance their own leadership skills:

1. What are the “paper towel” issues in your own personal leadership journey, the small

2. Have you ever ignored a problem or situation because you did not create it, because

you thought it is someone else’s job, or simply because no one else was watching you?

What would you tell your mentees to do in these situations?

and what will you do about them?

4. What is the most powerful personal example you can give of a seemingly small thing

that blew up beyond all proportion? What did you learn?

5. If you are a mentor, how will you share this story with your mentees? How will you