Dealing With Negativity In The Workplace

give her on dealing with negativity in the workplace. She was troubled by the thought

that it was dragging her down making her more pessimistic and moreover, at times she

was playing into the negativity and gossip that surrounded her. In her own words,

negativity drains energy but positivity could provide lift! So I contacted her and we had a

fascinating conversation that I think has broader application than her personal situation.

Maybe it’s just me, but it seems to me that more than ever we are inundated with

negativity. It’s everywhere – in the news, on our ubiquitous social media, in our

entertainment, at home, and most certainly, in the workplace. In a few short sentences,

my mentee captured the essence of the problem. Negativity is consumptive – it flows

like a miscreant cloud around our activities and enters our lives where it does its damage.

through our teams and our organizations. No one and no team is above it, and no one is

immune from its organizational and team effects. Unless countered or challenged, it

erodes team cohesiveness, drains whatever positive energy the organization may have,

and ultimately, impacts on the effectiveness within the team or organization. No matter

what the cause, it inevitably leads to distrust, finger pointing, gossip, rumor, personal

attacks, and other dysfunctional behaviors. On a personal level, being exposed to

negativity may at first seem innocuous and of little consequence, but over time, it does

exactly what my mentee described. It drains energy, generates negative attitudes toward

ultimately impacting on work performance and leading to cynicism and burnout. More

importantly, like a virus, it multiplies not only across team, but also within each person

on the team, and it feeds upon itself. Nothing positive can come from it – it only

generates more of the same.

Given today’s already demanding and high stress work environments, the last thing any

of us needs is to intentionally create more of the same. In “Resonant Leadership,”

stress, sacrifice and dissonance that erodes our physical, mental and emotional well

being. They offer us the redemptive concept that we each have the power to generate a

cycle of renewal through mindfulness, hope and compassion as certain counters to the

cycle of stress, sacrifice and dissonance. In my book, “Growing Mentor Intelligence™ –

A Field Guide To Mentorship,” I discuss the whole person concept and how I believe that

each of us is a composite of mind, body and spirit, and personal integrity is being

positively aligned in each. In both works, the clear message is that what affects part

affects the whole – negativity is highly corrosive to both team and person, and it’s

toxicity is anything but trivial.

It starts innocently enough. A group of co-workers are taking a short break. The core of

the group has been together for several years. They know each other and enjoy each

other’s company. There are a couple of newer members of the group and they join in

because they want to be accepted. The conversation eventually shifts to someone in the

group grousing about this person or situation. It is not constructive – wasn’t meant to be.

– it is not a group project. Whatever facts exist are usually supplemented by rumor,

myth, innuendo – the “I heard…”, “he said, she said” kind of dialogue. Truth is often the

first casualty of the conversation. The group has a character, a personality and a norm of

behavior. The new team members may join in just to belong. Any team member having

a contrary view may or may not choose to share, again depending on how the rest of the

group will view it. With each added voice, the negativity grows and the subject of the

grousing gains more significance as it spreads to the other members of the team. Over

time, the list of victims/situations being groused about grows, and unless checked, the

defining culture of that team is decidedly negative. As a by-product, the instigators of the

grousing often become de facto leaders of the group regardless of organizational position.

For the rest of the group, it’s fit in or face rejection.

Of course, the notional scenario I created above is perhaps more extreme than what you

experience on your own teams and in your own workplace, but I paint the picture that

way to drive an understanding of why it’s not ok to allow such situations to form, and if

they do form, why it’s important to do something about them if you are in a position to

do so. Here are four personal recommendations: 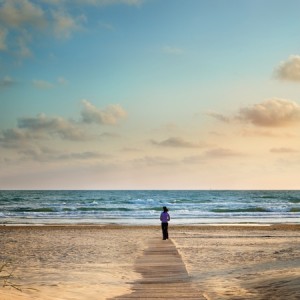 1. Listen intently when the complaining starts. In many situations, the real problem is not the problem being discussed, which is more likely just a symptom of an underlying issue. Rather than feeling like you have to add fuel to the fire, try probing a little bit to get your own set of facts. Ask the instigator what happened, how they know it, why they think it happened, who was involved, and whether or not it’s possible that there was miscommunication behind it. In my own experience, communication breakdowns account for a wide majority of these kinds of situations and are easy to resolve. Explore to find out the source of the information and whether the source was a first hand participant or not. This is especially important if you are new to the group because you will brand yourself with how you act or do not act, and although you can change it over time, it is easiest to do it from the beginning of your group interaction. Establish yourself as the kind of person who values the group and wants to belong and contribute, but that you are fair, discerning and thoughtful and that you have loyalty to both the group and to the larger organization. Such mild intervention may be just enough to turn the conversation, especially if the instigator does not like to be challenged in any capacity. At a minimum, your example will moderate the tone and content of the conversation and may get the rest of the group doing the same.

2. Once you feel like you have a basic understanding of the problem, it becomes a relatively easy task to steer the conversation away from negativity to something much more constructive – problem solving. Years ago I learned an incredibly effective technique for steering a conversation toward more positive outcomes. A great personal friend and colleague, Daniel Plumer, was, and still is, one of the most successful group facilitators I have ever met. We used to talk about how dysfunctional so many workplace meetings were, and one day he got up and started drawing on a chart pad. He drew a line down the middle of the page and wrote the word “Past” on the left side, and “Future” on the right side. Then he wrote the words “blame,” “anger,” “frustration” under “Past” and asked a simple question. He said “No matter how much energy or attention or time we give to this side of the problem, we can’t change the outcome. It’s wasted energy.” Then he moved to the right side of the chart and wrote the words “Possibility,” “Opportunity,” and “Growth.” He then said “If we just channel a portion of the negative energy we have been applying in this group discussion to the right hand side of this chart, we will be able to break from the past and create a better future.” I have thought about this for many years, used it for many years, and found it to be the singular best way to change the tone and focus of any conversation, group of individual, from wasted negative energy to positive energy and progress. Take this work and apply it the next time you are in a group conversation that is drifting to the negative. Help the group focus on the future possibilities rather than past blame and hurt feelings. Joining the conversation with probing questions about what’s really broken and what a team of your talent, caliber and professionalism could do to make things better is one of the best antidotes to negativity. At a minimum, your active attempt to redirect from negative to positive will make you personally feel better about yourself and offer the group a healthier alternative to joining in on the bitch session.

3. Offer a problem solving process. Complaining is a process, but not an effective one at solving any problem, large or small. Teaching your group that there are effective ways to channel energy into working issues puts you into an informal leadership position that can elevate your standing in the group, enhance your reputation, and brand you as a problem solver. In my book, I offer a variant of the Military Decision Making Process (MDMP) which is useful for decomposing complex problems, analyzing them against meaningful criteria and deriving alternative solutions. There are other processes that offer the same value. The bottom line is for you to suggest any process that turns the group’s attention from complaining to acting for the good of the team and the organization. When the grousing starts, work to identify the root problem as described about, then ask your teammates to join you in leveraging their talents, experiences and skills at coming up with solutions that solve problems rather than create them.

4. Own it. Know that at the end of the day, whatever you do is a personal, not a team, choice. Each team member has the chance to become part of the problem, or part of the solution, to fall willingly into negativity, or to stand on the higher, more positive ground. Whatever your choice, it will impact your whole person – spirit, mind and body – either positively or negatively. You have a chance to escape the cycle of sacrifice, stress and discourse and renew yourself and your team. Why is the world would anyone choose otherwise.